This is Part II of the frankenfeeder project.  Part I is here. So how to close a circuit with a Pi.  Simple, use a relay.  A relay's job is to close (or open) a circuit when current is applied to it.  (a nice illustration is here where I borrowed the image) So just pop a relay onto a PI GPIO pin and off we go right?  Nope.

A couple things to consider first when switching a relay:
I happened to have a bunch of Aleph simple switch relays laying around from another project that failed or at least stalled indefinitely (I might write that up later).

These will work fine with the voltage and current from the 5V pin of the Pi, but not the 3V pin.  So I needed a way to use the 3V pin of the Pi to switch the 5V pin from the Pi's power input.  Again a little research payed off.  I found this excellent article by Kevin Sangeelee on using transistors to do exactly that: http://www.susa.net/wordpress/2012/06/raspberry-pi-relay-using-gpio/. He even has a nice schematic.

We needed more parts to build this circuit.  As a matter of fact we needed two sets because we had to simulate pushing the two buttons at once.  Here's the parts list:
We used google docs to draw up how to solder the parts on the proto board.  The holes in the proto board are traced together in certain sections to make working with it easier.  Here's the schematic we came up with and the finished board (one of them):
Now we had all the parts laid out to plug it all together.  We did a bunch of prototyping and wiring the components up with alligator clips, jumper wires, and bubble gum.  This site talks about the pins and their functions so we were able to wire up the 5V, ground, and two separate GPIO pins. 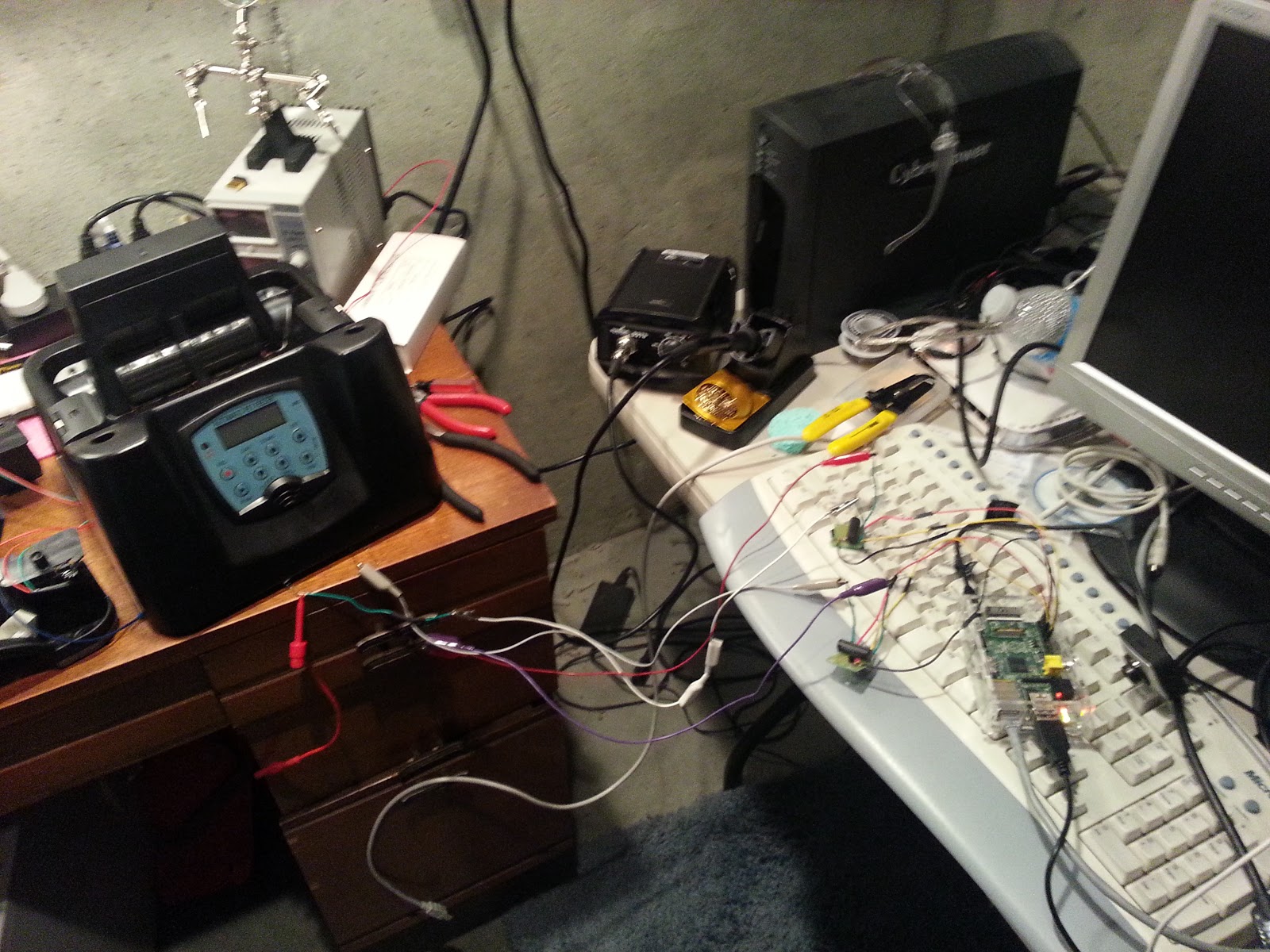 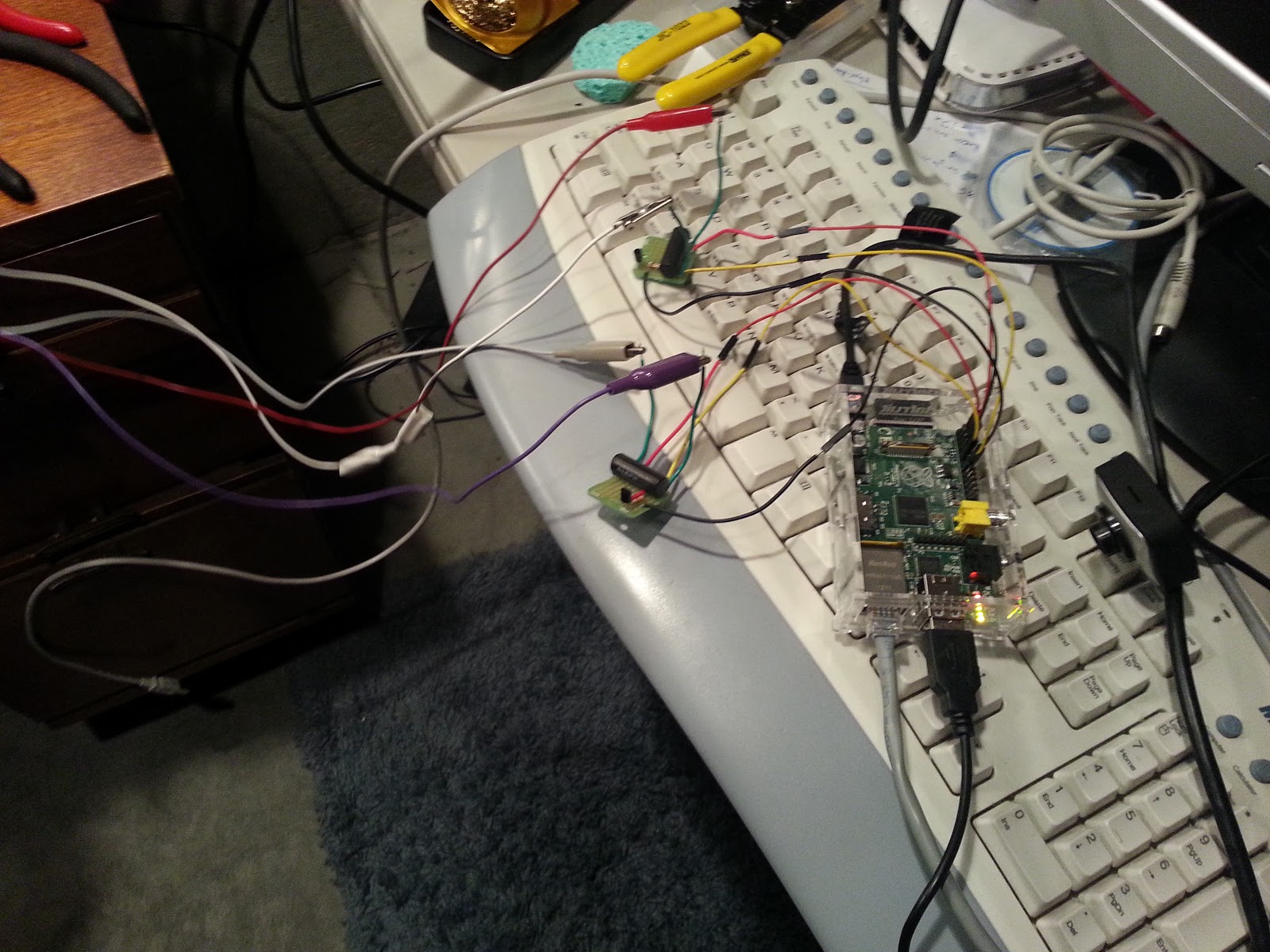 The long and short of it was that when we tripped the GPIO pins (how is in part III) Frankenfeeder came to life and rumbled around on the desk!!!!  We had it prototyped.  There was great rejoicing and much mad scientist cackling that was heard throughout the house.

The bits about putting it back together and how we controlled the pins etc are in Part III.